Although Malawi is a small country relative to African standards, this is often its appeal as it welcomes those looking for a relaxing holiday in a beautifully unspoilt part of the world. It is well-known for its smiling, friendly people. Most importantly, it is known for its extraordinary freshwater lake, Lake Malawi, which dominates this landlocked country. The clear waters and tranquil islands provide the perfect, laid-back beach holiday; whilst Malawi’s 11 national parks and wildlife reserves offer activities like hiking, mountain biking and birdwatching. Below we have compiled reasons why you should visit Malawi

Malawi is described as ‘The Warm Heart of Africa”! The people in this country bring a warmth that you have not experienced anywhere in the world.

Lake Malawi, which is also known as Lake Nyasa in Tanzania and Lago Niassa in Mozambique, is the southernmost lake in the East African Rift system. The lake is located between Malawi, Mozambique and Tanzania and can be accessed from all three countries. It is the fourth largest freshwater lake in the world by volume and the ninth largest lake in the world by area and is home to more species of fish than any other lake. Therefore, it is understandable that this lake provides much needed resources including fish and water to the people of Malawi.

Going on safari is on most travelers’ bucket lists, but typically the first places people look are at South Africa rather than Malawi. But Malawi has a lot to offer! Whilst there are fewer numbers of the big 5 here you can spot lions and rhino, along with the occasional of leopard. There are plenty of kudu, crocodiles, elephants, hippos and birds to see.

It’s hard to find destinations that are untouched these days, but Mumbo Island seems to be close to that. Named one of the Sunday Times Top 100 Places to Stay in 2017, you cannot go to Malawi without visiting and staying on the island for a few nights. Set in the middle of Lake Malawi just 1 km in diameter, Mumbo Island has never been populated so it remains in a pristine, natural state offering its visitors a true sustainable tourism experience.

There is no cell service or electricity on the island, which is one of the many appeals. Staying on Mumbo Island you are forced to turn off your devices and truly enjoy the surroundings, connecting with nature and the people you are with. But no electricity doesn’t mean you are not rewarded with a luxurious experience. The cabins overlooking the water can be described as pure rustic luxury, and you will awake to an incredible sunrise and the sounds of birds around your cabin.

4.  GIVING BACK TO THE COMMUNITIES

You can visit the beautiful rolling tea estates like Satemwa, a third generation family owned business in the Shirelands of Malawi.

Despite a majestic lake stretching through its eastern border that gives way to beautiful beaches, Malawi is the African country less-traveled. But it’s the place to be if you want to enjoy a natural paradise without everybody else. Though it hasn’t become a booming destination such as Tanzania, Kenya or South Africa, Malawi has numerous attractions.
Looking forward to see when you visit Malawi. 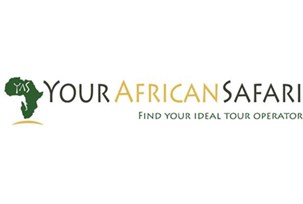 YAS interviewed co-founder John Burns to learn more about the genesis of the company and their accomplishments.